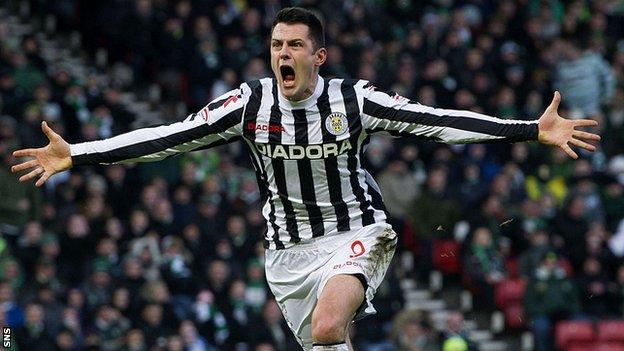 The 34-year-old has agreed terms until the summer of 2014, with an option to carry on until the end of the following season.

It was the easiest football decision I have ever had to make.

Thompson told St Mirren's website: "I am very happy here at St Mirren, it was the easiest football decision I have ever had to make.

"I look forward to being involved in the continued progress of the club."

The Scotland international old joined Saints in 2011 and is their top scorer this season with 14 goals.

St Mirren manager Danny Lennon added: "These two seasons have been the best form of his career.

"He has been our top scorer for two years, led the line incredibly well and is a character that motivates the players around him.

"He has played a huge role in our success and raising the profile of our club."

Formerly of Dundee United and Rangers, Thompson returned to Scotland after playing with Cardiff City and Burnley.