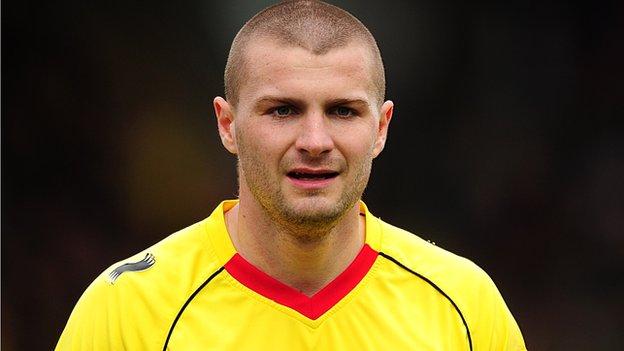 Coventry City have signed defender Carl Dickinson on a 28-day loan from Championship side Watford.

The 25-year-old former Stoke City left-back has been drafted in as cover for January signing Blair Adams, who picked up an injury in Saturday's 1-0 home defeat by Yeovil.

Dickinson left the Britannia Stadium to join the Hornets in July 2011.

He is expected to make his Sky Blues debut in Saturday's League One trip to relegation-threatened Bury.

Dickinson was a regular for Watford last season but has hardly featured under new manager Gianfranco Zola, and has not started a game since 1 September.

This is his second loan spell in League One this season, having joined Portsmouth for a month in October.