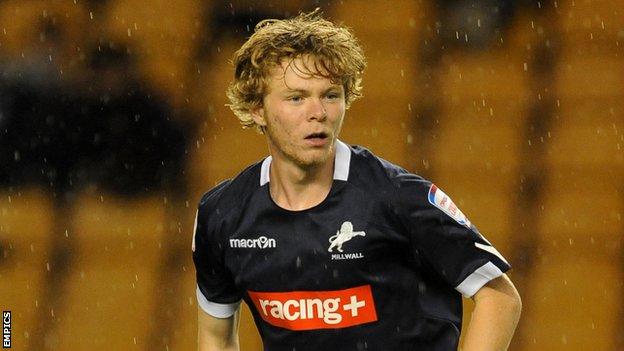 League One side Crawley Town have completed the loan signing of Millwall striker Aiden O'Brien.

The 19-year-old, who has made one senior appearance for the Lions, joins the West Sussex club until the end of the season.

Reds boss Richie Barker told the club website: "He is very highly regarded at Millwall and he will get opportunities.

"He is a hard-working striker who is a very good finisher and I'm sure when he gets his opportunity he will do well."

He added: "The reports from our scouts and [director of football] Steve Coppell on Aiden were very positive and their manager Kenny Jackett believes he now needs to go out and play League football.

"We have 17 games to play in ten weeks which is going to stretch the squad so Aiden will get his chance."

O'Brien, who scored two goals on his debut for the Republic of Ireland Under-21 side last week, said: "In terms of my career this is a fantastic opportunity for me and one I'm determined to grab with both hands."