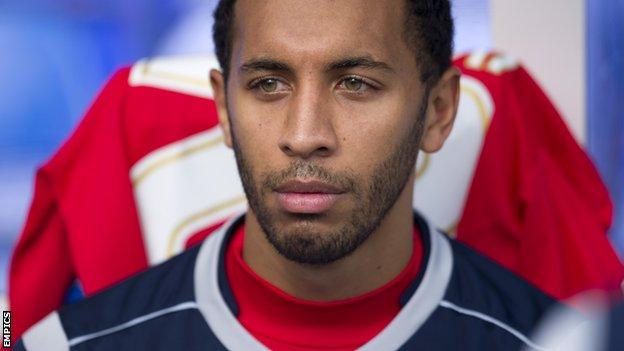 The 26-year-old has made three appearances for the Gills since joining from Huddersfield on deadline day.

Robinson told BBC Radio Kent: "Martin Allen drove up to Halifax to meet me and my missus and convinced me to come.

"Huddersfield said a few teams were interested but Martin was the only one to make it clear he wanted me."

He added: "I think it took him five or six hours to drive up on transfer deadline day.

"He was a gentleman and explained the situation.

"He knew my wife was pregnant and I had a little kid so there were a lot of factors to contend with.

"He understood that, spoke to my wife and reassured her that if she was unhappy [with me being] down south we would work around it.

"It was a massive factor."

Robinson says the chance to win promotion with the Gills was another big reason in his move to Kent.

"There were opportunities to go into League One but I've won two promotions in my career and there's no other feeling [like] how it is to go up," the former Bournemouth man said.

"I am enjoying my football and to be part of Gillingham's promotion chase is something that appeals to me.

"Saturday was my first 90 minutes for a very long time and with each game I feel I'm getting back to match fitness and sharpness.

"Hopefully the Gills fans can see more of me in the games to come.

"Hopefully I can be a big part in going up."