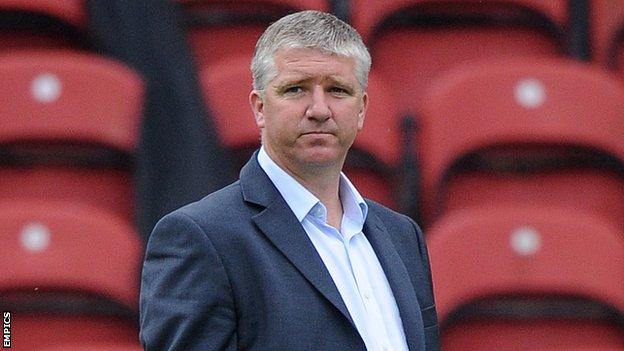 Ling could be absent for several more weeks according to the club.

The 46-year-old has missed the last four matches and

"We have agreed to actively seek an experienced coach to help Shaun with the running of the team," said a statement released by the club.

Youth team coach Robbie Herrera has been helping with the first team since Ling was taken ill almost three weeks ago.

Precise details of the illness Ling is suffering from have not been released and the club has called on people to respect his family's privacy.

"He is receiving specialist care," the club said.

"While we are able to report that he is making some progress, it is anticipated that Martin will be away from work for several weeks.

"Any further statement will only be issued when it is appropriate to do so and, until then, the club would ask that the privacy of Martin's family be respected.

"The club and the League Managers' Association are both fully supportive and are looking forward to his return."