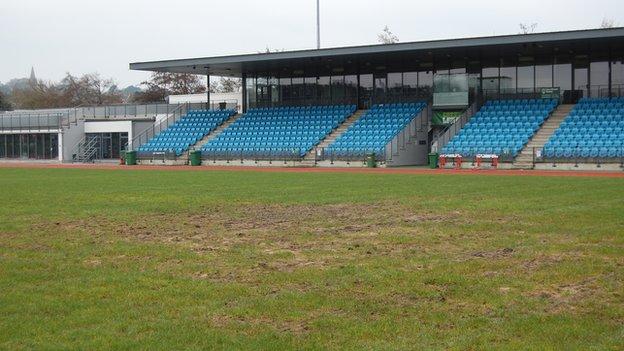 The groundsman at Guernsey's Footes Lane stadium is confident the pitch will recover from recent waterlogging.

Shame Moon has brought in specialist equipment from the UK to aerate the pitch to try and help it drain. 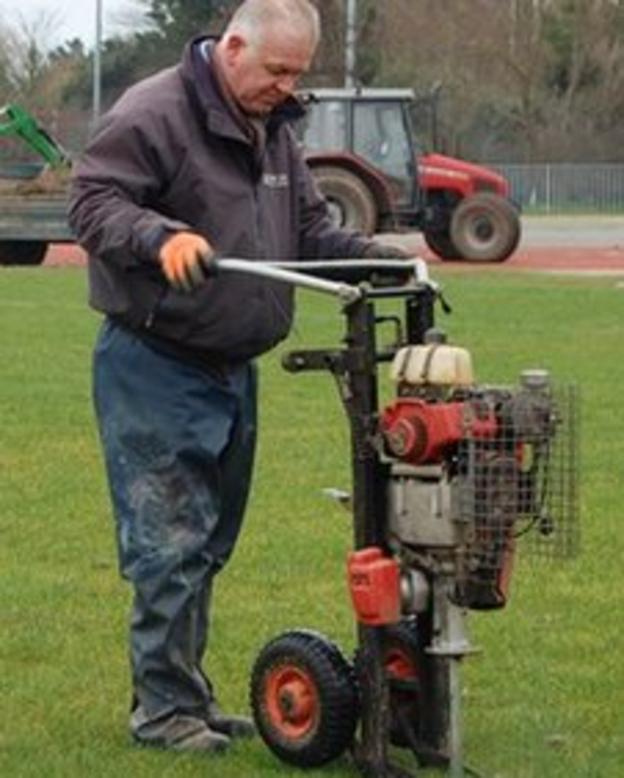 Guernsey FC have been forced to call off eight games this season due to the state of the playing surface which they share with the island's rugby team.

"We're thinking positive, it's just about getting rid of the water, but I'm pretty sure this will work," Moon said.

The machine, which has a half-metre long probe, is spiking the surface to try and create drainage between the surface and the drains underneath the field.

"It means more water can get down into the drains that are already there.

"We've done a few tests and we've seen the difference that it's doing already.

Guernsey's next scheduled home match is against Wembley on Saturday, 23 February.