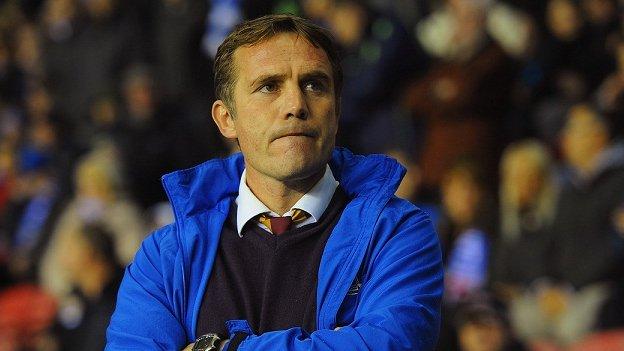 Bradford City manager Phil Parkinson believes his Wembley-bound side are back on track in the league after their impressive victory at in-form Wycombe.

The Bantams won 3-0 to lift themselves to within five points of the Division Two play-offs positions.

There was further good news for Parkinson in the return from long-term injury of defender Andrew Davies.

Parkinson told BBC Radio Leeds: "Andrew was colossal, we haven't had clean sheet for a while and we needed one."

With the Capital One Cup final against Swansea City on 24 February, Parkinson is keeping his fingers crossed that Davies suffers no reaction after playing for 87 minutes against the Chairboys.

The former Stoke centre-half has been out since November with a knee injury.

"To play that long after the length of time he's had out was an enormous achievement," said Parkinson.

"I wanted to play him 65 minutes and that was it. But the last part of the game was so important and, until we got the third goal, I left him on. Touch wood his knee won't swell up, he's a big player for us."

Parkinson's selection dilemmas for the cup final are increasing.

The five changes he made for the game all paid off, with Nathan Doyle scoring twice, Will Atkinson scoring the third and Garry Thompson hitting the bar in an impressive performance that ended a run of six league games without a win.

"In the last few games results haven't gone our way, and in the last two games we've deserved more than we've got," said Parkinson.

"But we put in a really resilient performance against a good team, the form team of the division.

"The lads deserved it, they earned it with their hard work and honesty. James Hanson and Nakhi Wells probably needed a break and Andy Gray and Thompson were excellent.

"We wanted to go into the cup final with some more points on the board because the team deserves to be in a better position than we've found ourselves in, and even though there are a lot of games left this puts us back on track."

"The specialist is pleased with his ankle and he has a good chance of making the final," Parkinson added.