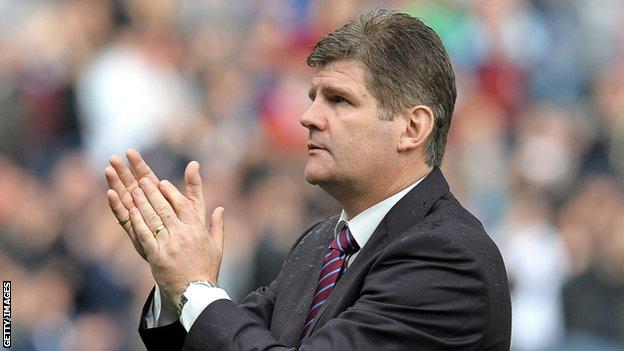 Beating Carlisle 3-1 on Tuesday gave Scunthorpe a first run of three consecutive home wins since 2009, and Laws paid tribute to the fans.

"The fact we've turned a corner this year is great for the crowd," he told BBC Radio Humberside.

"To see three wins in a week must be very comforting for them."

The victory lifts Scunthorpe up to 18th in League One, five points clear of the relegation zone. They have lost just one of their last eight matches.

"I'm very, very proud of the players because they've had to overcome a lot of psychological issues," said Laws.

"And it's the same players, we haven't changed the personnel, we've just tried to change the mindset.

"The results we're getting at home obviously helps the confidence, but I thought it was the best of the performances.

"There was a slickness about our passing, a calmness but that comes from winning games.

"In the second half, when we had to battle, every single one of them stuck their head in, stuck their foot in and did what was necessary.

"It was nervy and it could have gone either way, but to win it was great for the club and the players and the supporters."