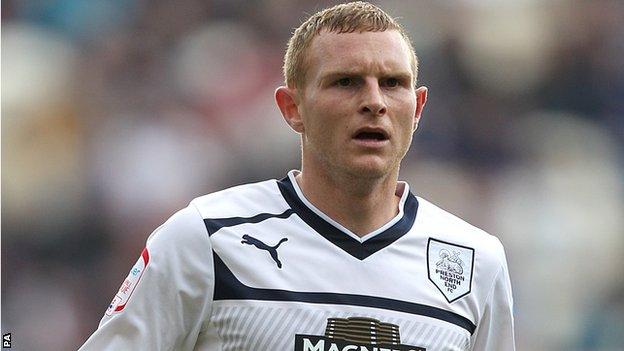 John Dreyer made the perfect start to his time as Preston's caretaker manager as they beat leaders Bournemouth to earn their first win in eight matches.

Dreyer took over on Thursday after Graham Westley was sacked.

Stuart Beavon's ninth Preston goal of the season, after the Cherries failed to clear, and Bailey Wright's header at a free-kick put the hosts in command.

Bournemouth changed to three at the back but could not prevent only their second defeat in 22 league games.

The hosts had the better of the first half and were good value for their half-time lead.

Although their tactical change helped the visitors improve after the break, they did not do enough to put Preston under pressure and forge a way back into the game.

The victory was North End's first League One success at Deepdale since 29 September.

"It's been a traumatic week and it's just the tonic we need. It was important that the players focused on the job in hand and they did exactly that.

"We looked threatening, we kept the ball and looked composed in possession. You have to be brave in possession and that's exactly what we were.

"Over the course of the game, I thought we were justified winners."

"We weren't at our best today, no doubt about that. We were second best, which is really difficult for me to say because it hasn't happened yet.

"We were slow out the traps, we conceded two poor goals, and we never really had any concerted pressure on their goal.

"We have had a lot of travelling and we've got some tired bodies. It was a really poor pitch again but we didn't react very well to it.

"We're delighted where we are, but we're disappointed with today and we've got to try and make sure we respond in the right fashion."