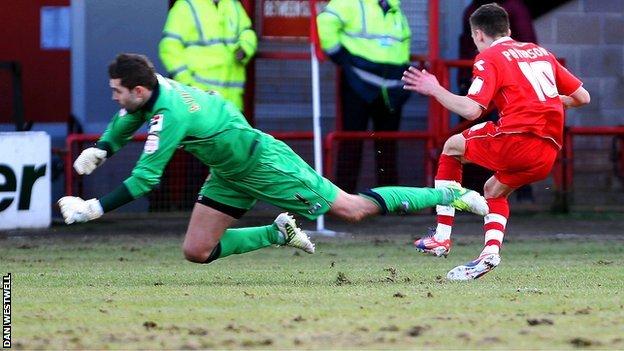 Yoann Arquin's eighth goal of the season earned Notts County a draw as they came from behind to deny fellow League One play-off hopefuls Walsall.

Second-half substitute Arquin ensured the Magpies took home a point when he poked the ball in from close range.

Will Grigg had put the Saddlers ahead from the penalty spot after fit-again Magpies goalkeeper Bartosz Bialkowski brought down Jamie Paterson.

"At half-time I was very disappointed. Although the pitch was very difficult to play on, I don't think we really penetrated.

"But it is hard on this type of pitch. In the second half we were so much better.

"There was a lot more urgency to our game and people were willing to run and get into spaces."