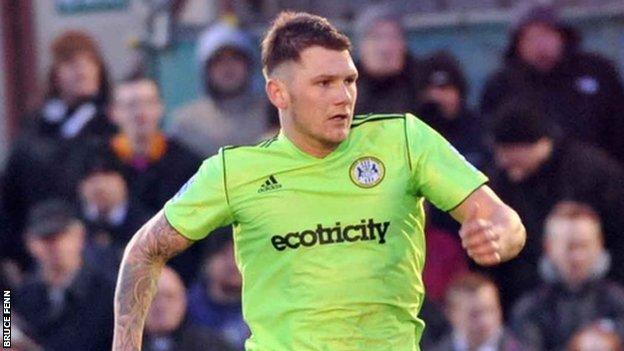 James Norwood believes improvements throughout the Forest Green Rovers team have made him a better striker.

The 22-year-old forward is in his second season as a permanent member of the Rovers squad.

He has scored 13 goals in 29 appearances this term, including two hat-tricks, compared to three goals in 38 games during the 2011-12 campaign.

"The strength of the team has improved and it allows me to stay higher up the pitch," he told BBC Gloucestershire.

There's no way we are not going to be in the play-offs. We're looking to win the league and we've got the players to do it

"I don't need to work as hard as I did last year, in terms of defending, and I'm fresher when going through on goal. I'm a lot more composed as well."

The former Exeter youngster is Forest Green's top scorer this season and has helped them sustain a play-off push in the Blue Square Bet Premier.

They are currently third in the table, five points behind Wrexham and Grimsby, and Norwood says the club are firmly focused on reaching the Football League for the first time in their history.

"We're heading in the right direction and we're all confident," added Norwood, who signed a new deal until 2015 earlier this week.

"It's the hardest league to get out of but once we've done it we can go up and up.

"There's no way we are not going to be in the play-offs. We're looking to win the league and we've got the players to do it."