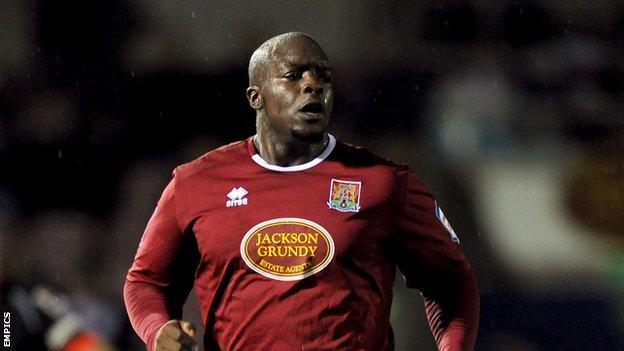 After a power failure delayed kick-off, the Dons went ahead when Alan Bennett headed in Chris Hussey's corner.

Roy O'Donovan, Lewis Hornby and Akinfenwa all went close as the visitors tried to get back on terms.

But they did level when O'Donovan was brought down by Neil Sullivan, leaving Akinfenwa to convert from 12 yards.

"I loved that. I thought it was a brilliant game. It was like being back in the 1980s again.

"Two fully committed teams, it was blood and thunder, there were challenges that were allowed to go.

"I'm not sure about the foul on the goalkeeper for their first one, but it all evens itself out.

"The two teams had a right good go at each other. Other teams would have folded under that and we could have won it in the end."