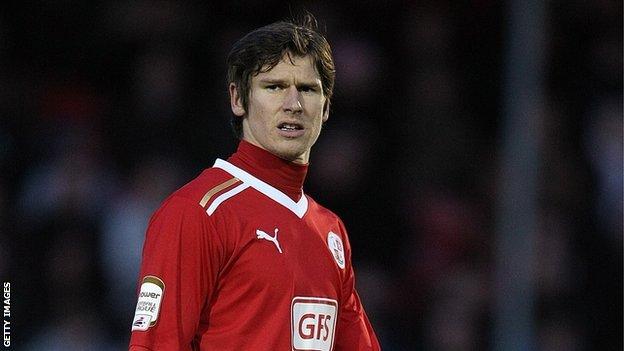 Doncaster missed the chance to go top of League One as they were held to a draw at mid-table Crawley.

Josh Simpson put the hosts in front when he latched on to a weak defensive header to send a brilliant drive from 25 yards flying into the top corner.

But Doncaster equalised when left-back James Husband met a right-wing cross with a diving header six yards out.

Doncaster have the same points and goal difference as leaders Bournemouth, but the Cherries have scored more goals.

Crawley lost goalscorer Simpson to a leg injury before the break and the home side lacked a cutting edge in the second period.

Striker Jamie Proctor had a chance to win it in the 65th minute but headed wastefully over from close range.

Doncaster, meanwhile, have now failed to win any of their last four matches.

"Lucky to come away with a point if we're brutally honest.

"I think we do need replacements in certain areas and that will happen this week, but the dressing room is still good enough, despite the number if injuries we have.

"The sense of disappointment in the dressing room is that we're not top. We're only second, so I see that as a good thing.

"But we can't keep giving people the chance to catch us."