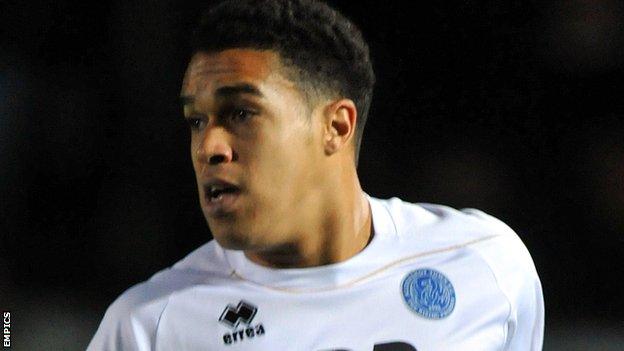 Aldershot moved away from the relegation places as Troy Brown scored a late winner against Torquay.

The Shots started the better and went close as Danny Rose headed just over, before Torquay hit a the post through a Rene Howe downward header.

Oliver Risser hit the crossbar for the hosts who threw men forward and were rewarded with a late goal.

Substitute Peter Vincenti's header struck the bar and from the rebound Brown headed in from close range.

"I thought that the players were excellent with their appetite to win the game.

"The team spirit is good as well as the squad. We now need to pick ourselves up for a big challenge on Saturday (against Fleetwood).

"It's all about clean sheets and scoring goals. I'm never one to wear my heart on my sleeve, but the players know that I am proud of them."

"If we had come here and got a draw, I think everyone would have said we had opportunities to win the game, but would have been satisfied with the draw.

"We knew they were strong on set-plays and had a few opportunities in the first half where we were fortunate, but we got over that.

"It was set plays in both boxes, and we've conceded (from) one. I don't think it's bad play, maybe it's bad marking, but both teams had opportunities tonight. They took their chance and got the 1-0 win."