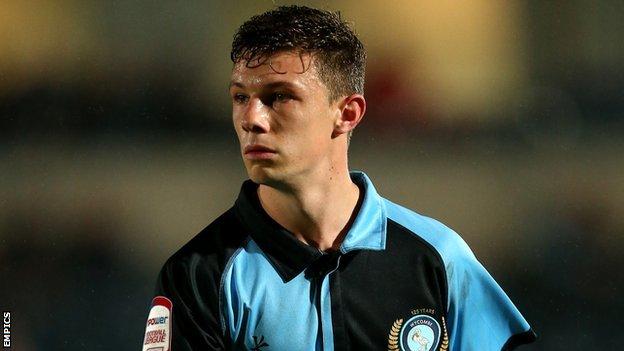 Wycombe Wanderers top scorer Matt McClure has signed a new deal until the summer of 2015.

The 21-year-old has found the net nine times from 18 appearances this season in what has proved his most productive campaign to date.

Keeper Matt Ingram, 19, who has been on loan at Oxford City this term, has also agreed a two-and-a-half-year contract.

"It's fantastic news for the club and the future of the club," boss Gareth Ainsworth told the club website.

"I want to protect our assets and these two are certainly assets for the football club.

"They've shown they're talented but they will get even better because they've got more to learn and they will develop."