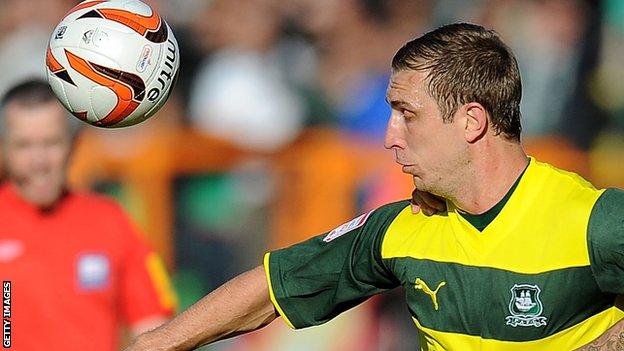 Griffiths joined Plymouth from Port Talbot last summer but was released by the League Two side in January.

The 32-year old boasted a prolific record in the Welsh Premier League, scoring 181 goals in 180 appearances

"Rhys is a proven goal scorer and when we knew that he could become available we kept an eye on the situation," said Newport boss Justin Edinburgh.

"He just adds another dimension to the team and he will score goals. We're delighted to have him on board going into a crucial part of the season."

Griffiths scored three goals in 14 league appearances during his spell with Plymouth.

In addition to Llanelli and Port Talbot Griffiths has also had spells with Cwmbran Town, Haverfordwest County and Carmarthen Town and has represented the Wales semi-professional side.