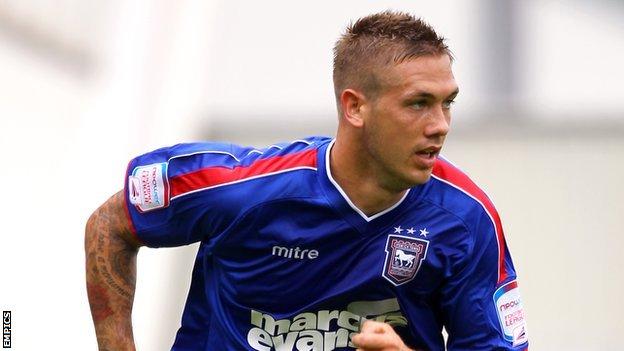 Ipswich Town defender Luke Chambers has insisted there is no panic over his side's slide back towards the relegation zone.

Mick McCarthy's men have won one of their last six league games and are one point above the Championship drop zone.

Chambers told BBC Radio Suffolk: "We know what brings success and got us a decent run when the gaffer came in.

"We're not panicking by any means. We're just concentrating on the game on Saturday [against Blackpool]."

McCarthy replaced Paul Jewell as boss in November with Town bottom of the table and winless in 11.

The former Wolves manager performed a swift turnaround at the club, leading them to seven wins out of 12 and creating an eight-point cushion between them and the bottom three.

But the current run of results, which has a 4-0 win over Middlesbrough as its only bright spot, combined with an upturn in form for relegation rivals Barnsley, Peterborough and Bristol City, has dragged the Portman Road side back towards the danger area.

"If you look at what's happening around us and teams winning, you can get caught up in all that," said 27-year-old Chambers.

"But I think we've got enough quality in that dressing room to mean we shouldn't have any problems getting ourselves out of the trouble we're in.

"We just need to keep focusing, doing what we've been doing since the manager came in and I'm sure we'll be alright."