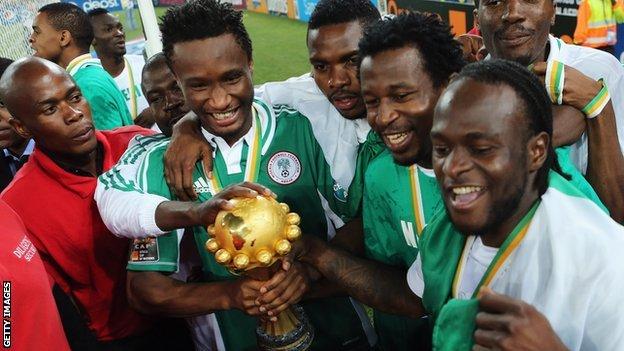 Nigeria have risen 22 places in this month's Fifa rankings after winning the Africa Cup of Nations for the third time.

The Stallions were rewarded for reaching their first major final - with their ranking rising to 55th.

The Elephants' rise in rankings comes despite their elimination at the quarter-final stage, after losing to eventual champions, Nigeria.

Nations Cup hosts South Africa rose 25 places to 60th position after Bafana Bafana's promising showing on home soil, where they exited at the quarter-final stage, after losing to Mali.