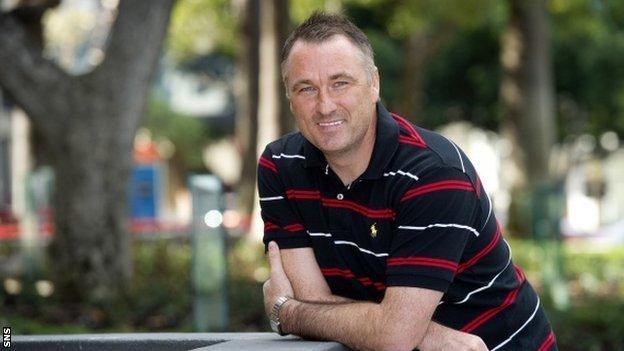 Ferguson, 45, is out of work after leaving Australian side Perth Glory.

The Firhill vacancy was created when Jackie McNamara left to take over at Dundee United.

Ferguson's entire managerial career has been spent in Australia, with Central Coast Mariners, North Queensland Fury and Perth Glory, who he left earlier in the week after a poor run of results.

Thistle say they will draw up a shortlist of six or seven and then start the interview process.

Interim manager Alan Archibald is also in the running to succeed McNamara at Firhill.