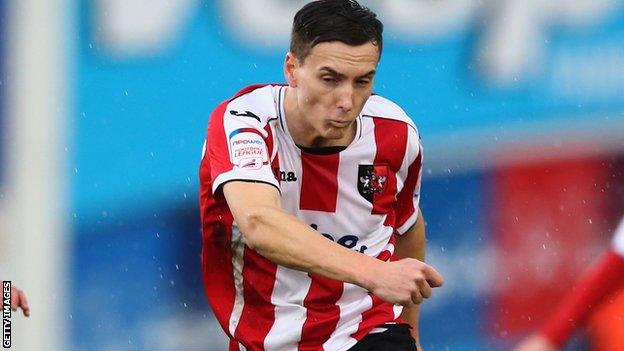 Gow, 30, has not played since the 0-0 draw with Aldershot on 2 February after being injured in training.

"It's going to be a considerable time, we hope he'll be fit this season," boss Paul Tisdale told BBC South West Sport.

Gow, who and missed a large portion of October with a thigh injury.

"We struggled during October and we lost our rhythm when Alan was injured before," Tisdale added.

"But I think we're a better side now, and are a stronger unit with players like Jimmy Keohane emerging."