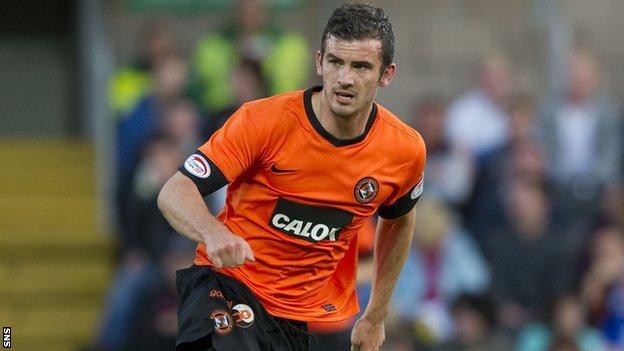 Dundee United defender Gavin Gunning is likely to miss the rest of the season due to upcoming surgery.

The 22-year-old is to have a clean-up operation on a cartilage problem.

"It looks like he'll be out for the rest of the season," said manager Jackie McNamara. "He came off on Saturday with it against Hearts."

McNamara hopes to assess a trialist for central defensive cover but is unlikely to do so before Saturday's meeting with Celtic in Glasgow.

Meanwhile, John Bennett has resigned from the Tannadice board after 11 years as a director at the club.

Bennett is the owner of local rivals Dundee's Dens Park.

"There is a new and exciting management team in charge now at the club and it is also time for the board to be freshened up as well. That is the reason I am going," explained Bennett.

"I have had an enjoyable time on the board but it is the start of a new era. I have my season ticket and I'll still be attending matches."