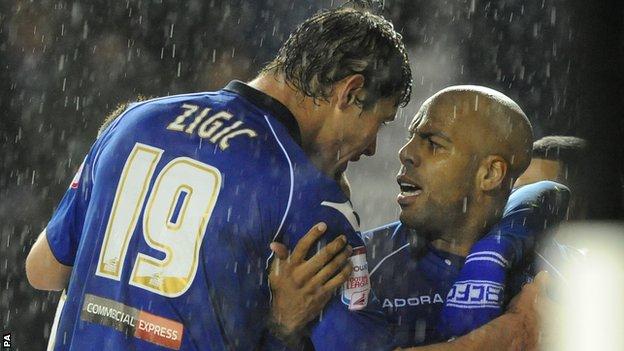 Birmingham City manager Lee Clark has dropped Nikola Zigic from his squad after accusing the striker of a lack of effort in training.

Clark, 40, said the Serb had originally been told he was starting Saturday's game against Watford.

"I've finished training absolutely disgusted. I can't just sit and take that, the fans need to know," he said.

"They pay his wages and what he dished up is the worst effort I've seen in 25 years of professional football."

I'm an honest man and, whatever the result [on Saturday], I know I've done the right thing and I'll sleep soundly

Clark continued: "The absolute minimum is to give everything every single day.

"Is it because he hasn't been starting? Is that what you do? Down tools and stop trying? The football club deserves more; the fans deserve more."

The ex-Huddersfield manager has not started Zigic, 32, since he scored and was later sent off in a defeat by Bolton in December.

Clark will again go with his young group of forwards against Watford as top-scorer Marlon King misses the game through injury.

"I'm an honest man and, whatever the result [on Saturday], I know I've done the right thing and I'll sleep soundly," Clark added.

"Nikola's future is up to him. There's been no shouting match or bust-up - it's all up to him."