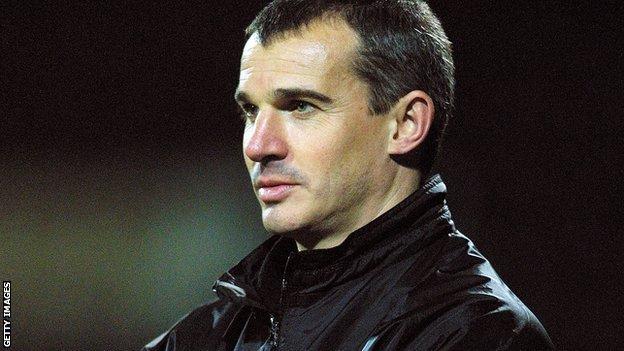 Ex-Notts County manager Gary Brazil has been named Nottingham Forest's academy boss until the end of the season.

Brazil, who was a Forest youth coach, replaces Nick Marshall, who was sacked after 16 years on Thursday.

And development coach John Pemberton, who only joined the club in October, was also sacked later in the day.

Brazil takes over as academy boss after guiding the Reds to their second consecutive FA Youth Cup quarter-final.

A club statement from chairman Fawaz Al Hasawi read: "This season's FA Youth Cup exploits have proved that we have the foundations already in place and we hope that, under Gary's guidance, the first team will soon benefit from that."