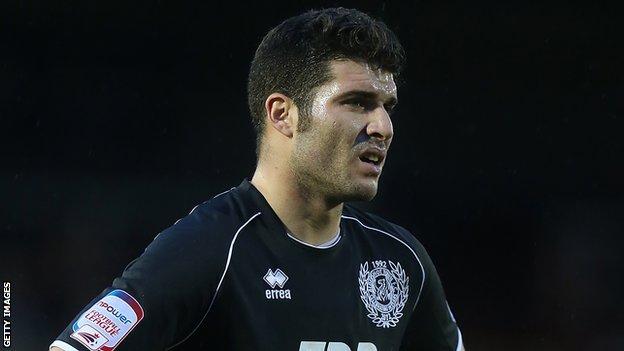 League Two side Barnet have completed the loan signings of Stevenage duo Bondz N'Gala and Dani Lopez, and handed a short-term contract to Chiro N'Toko.

Both defender N'Gala, 23, and striker Lopez, 29, join the Bees on initial one-month deals which could be extended until the end of the season.

Democratic Republic of Congo-born defender N'Toko, 25, has signed until the end of the campaign.

He has had spells in the Netherlands with AGOVV and ADO Den Haag.

Former West Ham trainee N'Gala has made 19 appearances for Boro since joining on a free transfer in the summer.

Lopez scored six goals in 12 games during a loan spell at Aldershot Town earlier this season.