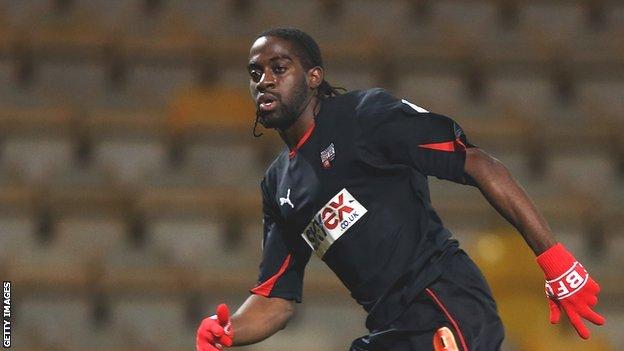 Brentford striker Clayton Donaldson says their FA Cup fourth round replay against Chelsea is the biggest game of his career.

The Bees travel to Stamford Bridge on Sunday, three weeks after holding the Premier League side to a 2-2 draw.

He told BBC London: "It's definitely the biggest game of my life and probably is for anyone at the club.

"It's one of the games you dream of and is what the FA Cup is all about. All the players are relishing the chance."

The 29-year-old, who has scored 19 goals in 39 appearances for the League One side this season, is upbeat about their chances of pulling off a major giant-killing.

"It's one of those games where we have got nothing to lose," he continued.

"We are obviously the underdogs so the pressure will be on them. They are at home so the emphasis is on them to bring the game to us.

"We will try and get in their faces and disrupt their play.

"We have players who can break them down and cause them problems.

"It would be amazing to beat Chelsea on their own park but it won't be easy. I think it will be a good game for the neutrals."