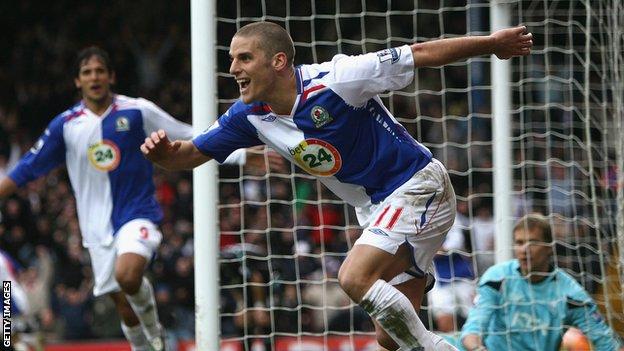 David Bentley has rejoined his former club Blackburn Rovers on loan from Tottenham for the rest of the season.

But Bentley has failed to establish himself at White Hart Lane and has had loan spells with Birmingham, West Ham and

Championship club Blackburn have also signed for the remainder of the season.

Following the arrival of DJ Campbell and Lee Williamson on 8 February, manager Michael Appleton said he was looking into the possibility of signing.

Bentley, who began his career with Arsenal and is eligible to face his first club in the FA Cup fifth round on Saturday, enjoyed his best years at Ewood Park and won six of his seven senior England caps while with Rovers.

He played 133 times for Blackburn, scoring 20 goals, including a hat-trick in a famous victory against Manchester United in February 2006.

Bentley's form saw him then earn a move to Tottenham, but he found opportunities limited and has played just 62 times in his four-and-a-half year spell with Spurs.

His last outing for them came in November 2010.

Steve McClaren gave Bentley his England debut against Israel in September 2007 and he also featured under McClaren's successor, Fabio Capello, in the early months of his reign as England boss.