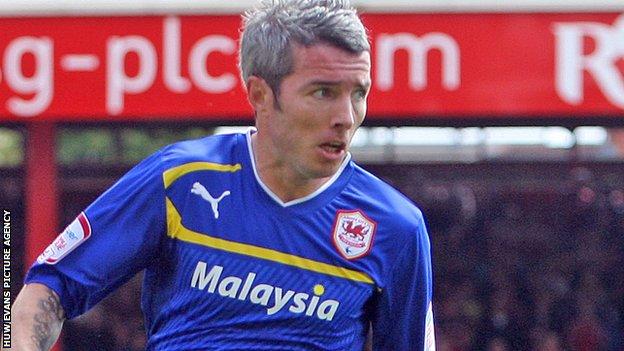 Talks between 30-year-old McNaughton and the club are imminent as the defender approaches the end of his current deal.

"That will be something that will be dealt with by the club and his representatives in time," said Mackay.

"He's been a smashing signing for the club and he's certainly someone we'll talk to and want to keep here."

After being a regular starter since joining Cardiff on a free transfer from Aberdeen in 2006, McNaughton has fallen down the pecking order in the second half of this season.

Matthew Connolly, signed from Queens Park Rangers in August, has been the preferred choice as the Bluebirds have opened a healthy lead at the top of the Championship table.

McNaughton has been limited to six starts since early November, but he started Cardiff last game, a goalless draw at Huddersfield, but was forced off early after second accidental blow to his head.

Connolly had been switched to centre-back to cover injured Ben Turner, who remains doubtful for Bristol City's visit to Cardiff City Stadium on Saturday in what will be only Cardiff's second home league game of 2013.

"To get back home again is good," said Mackay. "The stadium's rocking at the moment but the pitch makes a big difference.

"The last couple of pitches we've played on haven't been particularly good but ours is lovely so it's good to get back to our own stadium."