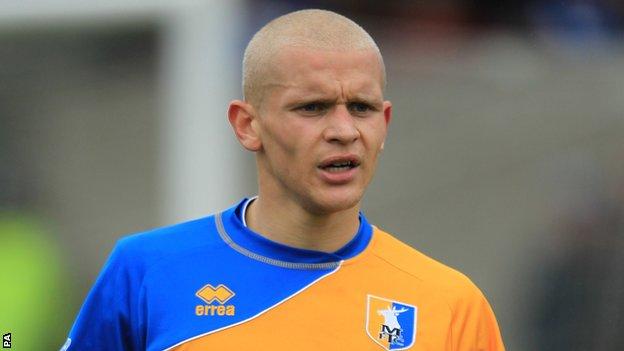 Matt Green's penalty gave the visitors the lead after Steve McNulty brought Colin Daniel down in the box.

Scott Rendell struck back for Luton immediately, only for Daniel to fire home from the edge of the area and restore Mansfield's lead.

"The first 20 minutes I think both teams nullified each other. But after that it was a cracking game of football.

"Both teams played the right way - it was a great spectacle - and at 2-2 I don't think anyone in the ground could actually complain.

"But we nicked the winner late on and I thought it was what we actually deserved today."