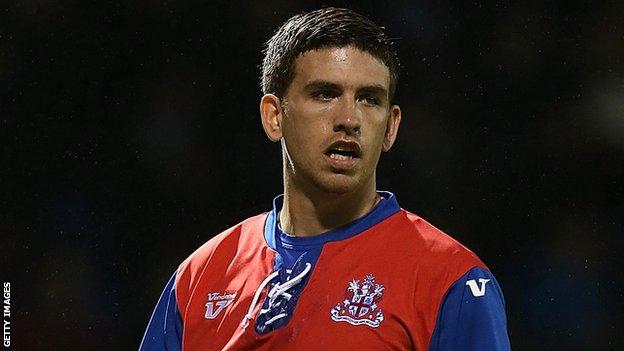 Gillingham conjured up a narrow victory at Chesterfield to cement their place at the top of League Two.

In a lacklustre first half, the visitors' Chris Whelpdale forced Tommy Lee into a fantastic low early save.

Just after the break Cody McDonald broke the deadlock, glancing in Myles Weston's corner for his fourth goal in his second Gills loan spell.

Despite being behind, the hosts failed to exert pressure, but Jack Lester did have a strike ruled out for offside.

But McDonald's strike means Gillingham remain two points ahead of closest rivals Port Vale, who kept up the pressure on the Gills with a 1-0 win at Torquay.

It was the Kent outfit's 11th away win of the season, setting a new club record.

"They scored from a set play and we've worked so hard this week on set plays again.

"We were at fault last weekend at Rotherham and unfortunately it's happened again today and that's the disappointment.

"Second half I felt we could have gone on and won the game and unfortunately for us it never happened.

"I certainly can't fault any effort or application today, but we weren't good enough and we're not scoring enough goals."

"It's a historic day, it's for the football club, the supporters, players and the chairman. I'm proud to be the manager to get this record [of 11 away wins in a season].

"The pitch wasn't as good as I expected, the last 20 minutes was a bit scary but I've seen it a million times, and when we defend in numbers we're strong.

"That's the first goal we've scored away from home from a corner for 16 games. To score from a set piece we've worked on makes me very happy.

"It was probably the longest game in the history of football matches. Seven minutes stoppage time? I thought 'Match of the Day is going to start in a minute'."