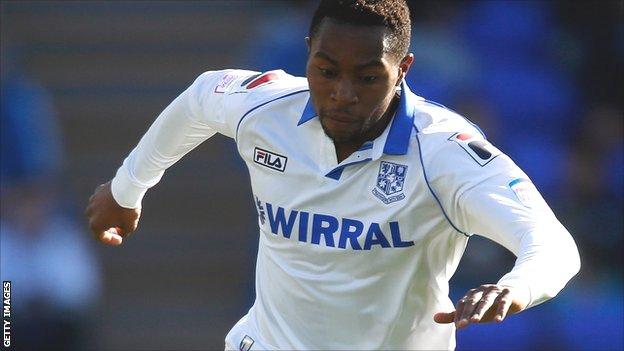 Tranmere moved up to third in League One and a point off top with a comprehensive victory over Colchester.

Max Power opened the scoring with a vicious strike but the U's equalised when Magnus Okuonghae swept home.

Jean-Louis Akpa Akpro lobbed the ball into the net to restore Tranmere's lead before Ash Taylor powered in a header.

Substitute Cole Stockton drove home a low shot from the edge of the area and Michael O'Halloran wrapped up the win from the penalty spot.

Tranmere were awarded a spot-kick after O'Halloran was tripped in the area by Josh Thompson.

Rovers are now level on points with second-placed Swindon and Doncaster, who are fourth.

"What should I do? Tell them that we're down? I'm the manager of the club and I still believe we can get out of where we are.

"I still believe we have enough, unfortunately today was a day when I thought some of the players were feeling a bit sorry for themselves.

"When that happens we need strength and character and we didn't have enough of that today, but they've showed it before.

"It's hard to take. It's very disappointing, The goals were very, very poor, generally we were second best all over the pitch. Five is hard to take."