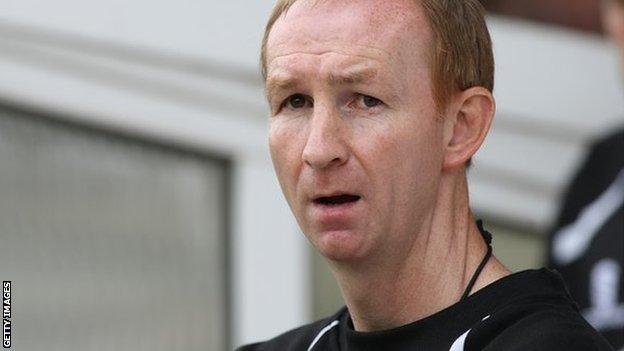 Alan Knill's first game in interim charge of Torquay ended in defeat by second-placed Port Vale, who kept the pressure on leaders Gillingham.

The only goal of the game came when Doug Loft's 25-yard strike deflected off team-mate Calvin Andrew and found the bottom corner.

Torquay went close through Rene Howe and Billy Bodin but both were denied by visiting goalkeeper Chris Neal.

Torquay, who have now lost six in a row, are four points off the drop zone.

Knill has taken charge at Plainmoor until the end of the season while manager Martin Ling recovers from a debilitating illness.

"I have to say the players were excellent. If we keep giving that sort of commitment, we just need a little more quality, I'm sure we'll be OK.

"I thought there were a couple of shouts for things that we didn't get, but that's how it is - I thought their goal was a foul on us, but the referee doesn't give it, it cost us in the end.

"We've just competed really well against the top of the league (side). It was how I expected Plainmoor to be, the crowd was behind the team and I'm sure it will turn around quickly."