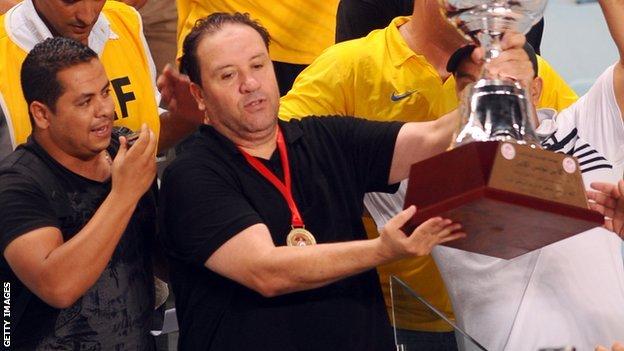 Maaloul succeeds Sami Trabelsi, who quit after his team's elimination at the Africa Cup of Nations group stage.

The former Tunisia midfielder, who led Esperance to the African Champions League title in 2011, had been named on a three-man shortlist.

He was chosen by the Tunisian Football Federation (FTF) over fellow candidates Khaled Ben Yahia and Maher Kenzari.

The 50-year-old previously served as assistant coach for the national team under Frenchman Roger Lemerre.

The Tunisians finished third in Group D at the Nations Cup behind Togo and ahead of North African rivals Algeria.