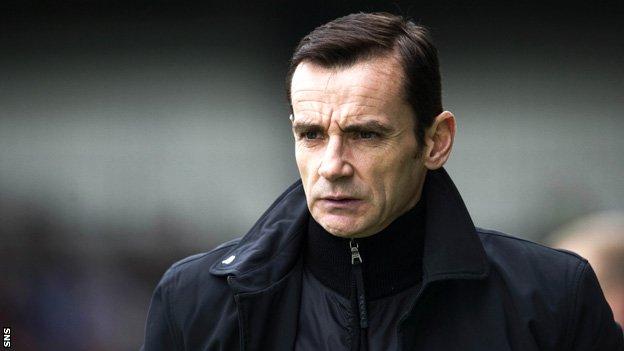 St Mirren manager Danny Lennon was left frustrated after a below-par display from his team led to defeat at home to Hibernian.

The Paisley side lost after Leigh Griffiths converted a second-half penalty for Hibs.

However, Lennon insisted the defeat had more to do with failings from his own team than the visitors' performance.

"It was all about us and we didn't bring our true qualities to the game," he told BBC Scotland.

"We created very few opportunities. We only worked the goalkeeper once, which is very frustrating.

"To go out and get as many off-days from one group of players is quite astonishing."

But Lennon maintained that, despite the poor showing of his players, they did not deserve to lose, claiming there was a paucity of chances throughout the match.

"I thought the game had 0-0 written all over it.

"At least, then, you would have had something to take from the game.

"Now, we go away with zero points, and nothing to take away performance-wise."