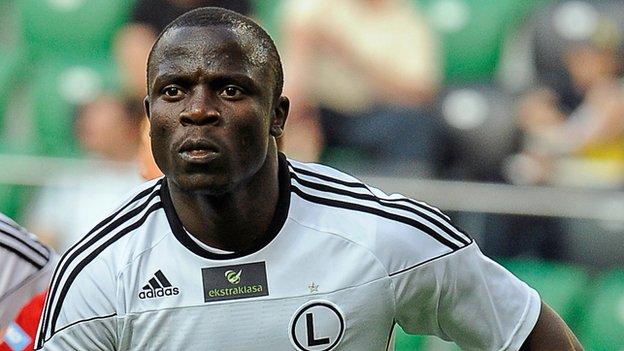 Kano Pillars of Nigeria and Orlando Pirates of South Africa hit five and Primeiro Agosto of Angola and Tusker of Kenya four as the African Champions League began with a goal glut.

Zimbabwean Takesure Chinyama bagged four as 1995 champions Pirates triumphed 5-0 in Soweto against the semi-professionals and students of Djabal from the Comoros Islands.

David Ochieng was another goal poacher to score twice in a preliminary round, first leg tie as Tusker came from behind on the Indian Ocean island nation of the Seychelles to win 4-1 against Saint Michel United.

Primeiro were cruising with a three-goal advantage at home to Malagasy outfit Adema in Luanda before being rocked by two goals, but Kabamba secured a 4-2 victory with a goal on 80 minutes.

Saint George of Ethiopia triumphed 3-0 away to Jamhuri of Zanzibar, Zanaco of Zambia edged Mbabane Swallows of Swaziland 3-2 at home and debutants Moghreb Tetouan of Morocco took a 1-0 lead over Senegalese visitors Casa Sport.

Newcomers Djabal suffered an early blow when goalkeeper Djabir El Hamid had to retire injured and outfield player Ahamada Ali took his place because the islanders did not bring a reserve shot-stopper to South Africa.

After Sifiso Myeni volleyed the Buccaneers into the lead on 25 minutes, burly Chinyama took over with one goal in the opening half and three after half-time.

Bello Kofarmata and Nasiru Ali scored to give Pillars a two-goal advantage before Didia Yabou halved the deficit, but it was a temporary reprieve for the Bangui club as Ibrahim struck twice and Rabiu Ali once in the second half.

Ochieng cancelled an early Michel goal in Victoria and he completed the rout five minutes from time after substitutes Michael Olunga and Andrew Segkayombya had netted for the Nairobi side.

Goals from Alfred, David and Mingo Bille had military club Primeiro three up within 33 minutes before mid-second half strikes by Bob and Nhasex triggered panic that Kabamba partially calmed.

Zanaco battled with close-season rustiness as they twice led Swallows by two goals only to be pegged back with Tony Tsabedze grabbing a potentially crucial second for the Swazis after good work by substitute Darren Christie.