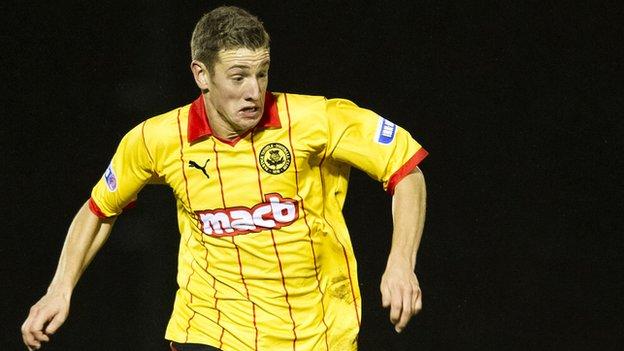 Chances were at a premium in a poor first half with neither side able to create many genuine opportunities.

Thistle's Aaron Sinclair enjoyed the hosts best moment after 20 minutes when he was unlucky to see his strike come back off a post.

The Accies showed nothing to dispel their lowly league position, failing to register a single shot in the first 45 minutes.

The visitors found themselves on the back foot immediately after the restart as Steven Craig and Sinclair both went close.

Muirhead eventually broke the deadlock in the 55th minute from the penalty spot after Martin Canning fouled Christopher Erskine.

And the Jags refused to loosen their grip on the game, restricting the visitors to very few glimpses of goal.