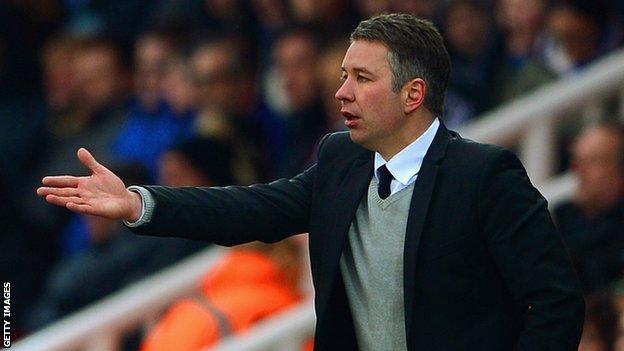 Peterborough United manager Darren Ferguson has said his side's familiarity with tense season finales could give them the edge in the Championship relegation battle.

Posh have been involved in either a promotion or relegation fight for the past six seasons.

"It comes down to holding your nerve and we won't fall on that," Ferguson told BBC Look East.

"We're used to the business end of the season. We enjoy it as well."

Dramatic campaigns have been a regular occurrence at London Road since Ferguson led them out of League One in 2008.

Since then they have won three promotions and suffered one relegation - that was from the Championship in 2010 when Ferguson had a spell away from the club.

And Posh spent much of last season in the lower third of the second tier, before staying up with 10 points to spare.

But Peterborough are currently bottom of the Championship and are five points from safety.

"We're used to either playing for promotion or staying in the league every year I've been here," said Ferguson.

"So I don't know if other teams have got that experience of being in a position where you have to win most games.

"I think it will go all the way to the wire. Because us, Bristol City and Barnsley have hit a bit of form, it's dragged a lot of teams into it.

"There's teams looking over their shoulders not feeling too comfortable."

A seven-game losing run at the start of the season made Posh early favourites for the drop, but the Scot is remaining optimistic.

"I think a lot of clubs in our position would have been finished by now," he said.

"We've done well to hang in there given we had zero points from 21.

"We need to go on another run of three or four wins on the bounce to get out of it. There's no doubt about that."