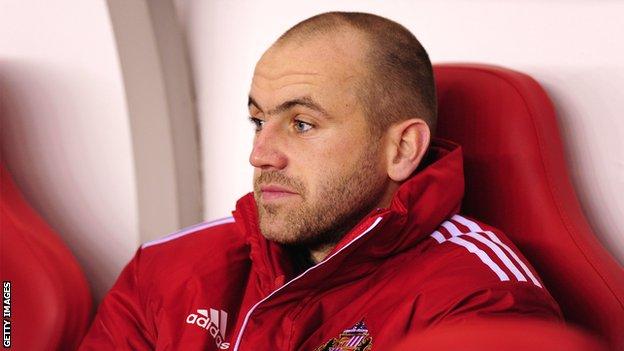 Scotland international James McFadden has re-joined former club Motherwell on a contract for the rest of the season.

The forward, 29, arrives as a free agent and had been training with the Scottish Premier League side after his short-term deal at Sunderland expired.

"The last wee while people have been questioning my fitness and my ability to play and get back to the level I was at," McFadden told the Well website.

"Hopefully this is the springboard for me to get a good run of games."

McFadden started his career at Fir Park, scoring 32 times in 70 matches, before joining Everton in 2003.

He has also played for Birmingham, where he suffered a serious knee injury, and this season

But McFadden, who has 48 Scotland caps, played just three times for Martin O'Neill's side.

He said: "I was out for over a year with my injury and it took me a wee while, even when I was fit and training, to get back to a level I was happy with.

"I never really managed to get a run of games to get back to my best. This is the perfect opportunity for me to do that and hopefully I can do that in the next couple of weeks.

"[Hopefully, I'll] let people see I'm fine and over my injury and ready to play.

"Obviously I'd love to play for Scotland again."