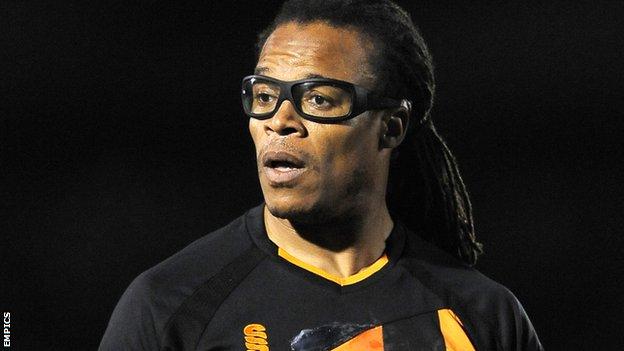 Player-manager Edgar Davids scored his first goal for Barnet as they grabbed a crucial win over Southend.

Jake Hyde's header, his 10th goal of the season, put the Bees ahead early on before ex-Netherlands midfielder Davids sealed the game in the last 10 minutes.

Britt Assombalonga twice went close for the Shrimpers but they struggled to create throughout.

The result means Barnet are undefeated in four games and now sit a point above the relegation places.

"I think we decided, disrespectfully, that we just needed to turn up tonight, it shows you what mental approach to a game can do to a team.

"It was the first time I could really point the finger at some of these players, They didn't perform to the standards they can achieve.

"I don't think we deserved anything out of the game, I've told the players I'm bitterly disappointed."

"We played at a low gear, we were second to everything, defensively as a whole unit tonight we were shambolic at times, and going forward we weren't much better."