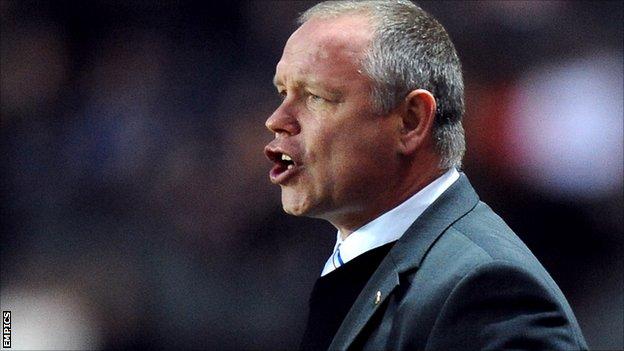 Saturday's 2-1 victory over Leyton Orient made it three wins from five to lift Pools off the foot of the table.

"I'm not one to build up expectations, but we've given ourselves a chance," Hughes told BBC Tees.

"That's all the fans ask, all we ask and we've got on an unbeaten run. The players have embraced it."

When Hughes took over in December, Pools had only won once in all competitions, but the former Hibernian and Falkirk boss has galvanised the squad.

ended a run of 23 games without a win in all competitions and since then the Victoria Park club have only lost twice in eight.

Although Hartlepool are second bottom of the table, they are only eight points behind Colchester, who sit immediately above the relegation places, with 14 games still to play.

"There's a right time to play football, and at the moment we're fighting for our lives, so it's about wearing our hearts on our sleeves and battling.

"It's that spirit that is going to get us out of trouble and every one of us, to a man, is showing that."