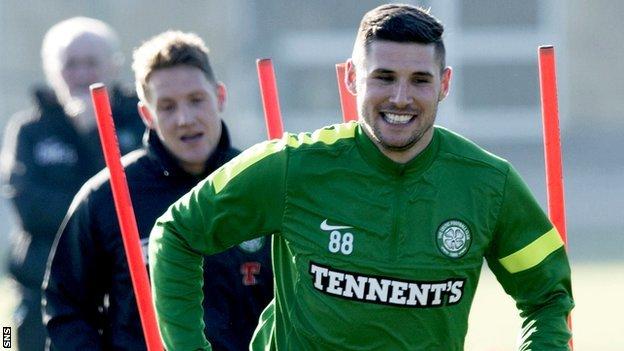 Celtic striker Gary Hooper has been named Scottish Premier League Player of the Month for January.

The English forward scored five times during the month, including two braces, in heavy defeats of Hearts and Dundee United at Celtic Park.

The former Scunthorpe man had earlier scored the only goal in a win over Motherwell, also at home.

Norwich City made three bids for Hooper during the January transfer window, all rejected by Celtic.

Hooper's teammate, Adam Matthews, had previously been named Young Player of the Month for January.