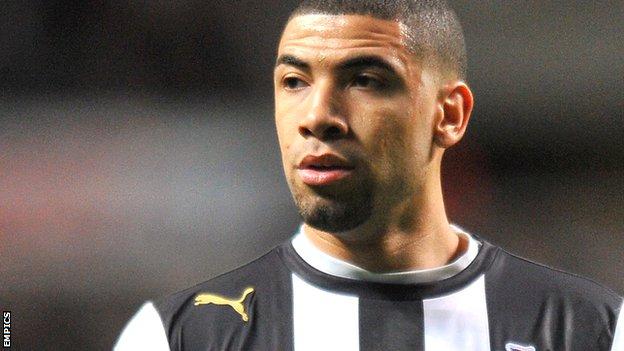 Striker Leon Best returned to action on Monday, playing 67 minutes for Blackburn's reserve side after nearly seven months out with a knee injury.

The 26-year-old, who joined Rovers from Newcastle for £3m in July, damaged his cruciate ligament in a pre-season friendly against AEK Athens.

And he moved a step closer to making his competitive debut after featuring in the 2-1 win against Sunderland.

Dickson Etuhu and Adam Henley were also involved after recovering from injury.

January signing Anton Forrester scored both goals as Blackburn's second string came from behind to defeat the Black Cats.

"I thought Leon's movement was good and the timing of his headers was excellent," Bowyer, who had a spell as caretaker manager of the first team before Michael Appleton's appointment in January, told the club website.

"We just have to be patient and don't be expecting too much too soon, but from a starting point it was magnificent. To get over an hour is a credit to him."