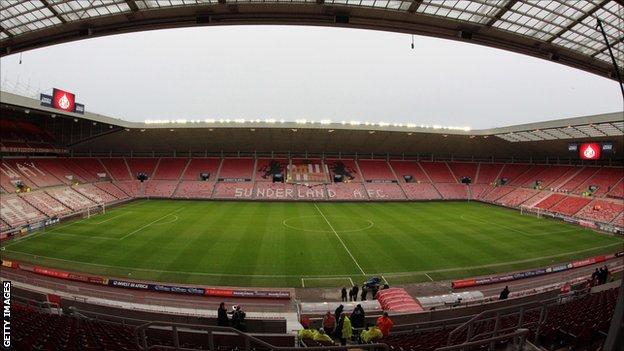 Former Sunderland player Lewis Gibbons has been banned from football for two years after he failed a drugs test.

"Lewis not only let our club down, he let himself and his team-mates down massively," said Sunderland academy manager Ged McNamee.

"We took the strongest possible action in terminating his contract as every player knows the severe consequences."

McNamee continued: "We have, however, worked to ensure that support and assistance was available to the player and his family through what has undoubtedly been a difficult and challenging time for them."

We expect the highest standards of all players

The substances involved were a metabolite of cocaine and cannabis.

Gibbons' ban has been backdated to 18 October 2012, the date of the FA's provisional suspension.

Sunderland chief executive Margaret Byrne added: "Empowering and educating our young people to make the right choices and decisions, both on and off the field, is fundamental to our Academy philosophy and ethos.

"We expect the highest standards of all players who have the honour of being part of Sunderland AFC, which is why this came as such a shock to us.

"It was enormously disappointing for everyone at the club who works so hard to support our young players and give them every opportunity to make it as professional footballers.

"We are strong advocates of the rigorous testing programme that our sport adheres to and we will continue to educate and advise all of our young players as to the enormous dangers of drug use. "