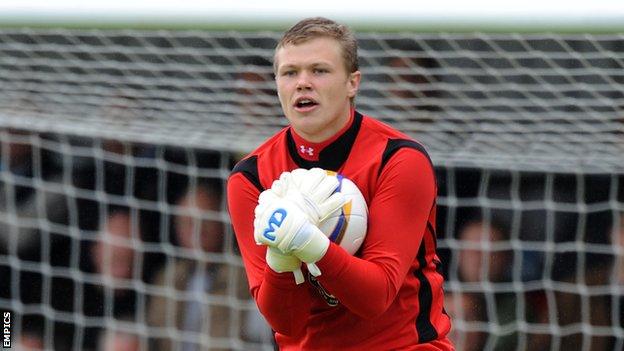 The 23-year-old has made 19 appearances for the Dons this season but has not featured since November and the arrival of Neil Sullivan.

Former Brentford youngster Brown joined the Dons in 2009 and has made 137 appearances for the club.

Cards number one Aaron Howe is currently sidelined for around five weeks with an arm injury.