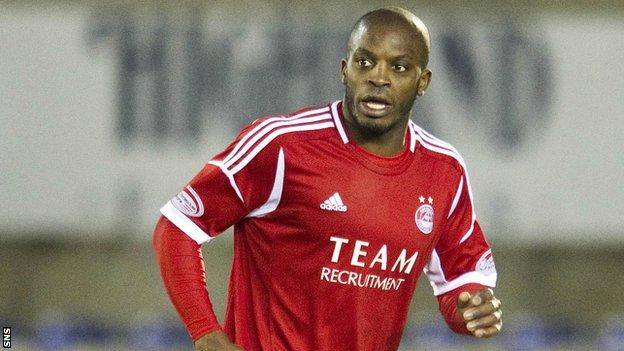 Aberdeen midfielder Isaac Osbourne faces at least six weeks on the sidelines with his second hamstring tear of the season.

The 26-year-old suffered the injury during the Dons' 1-0 victory at Dundee on Friday.

The former Coventry player returned in January following a near two-month lay-off with a similar problem.

Manager Craig Brown said: "To lose Isaac again to another injury is a huge disappointment for the squad."

Talking to the club website, Brown added: "Having just returned to the team in recent weeks, he had made a positive impact on our performances and he will be sadly missed.

"Isaac is a consummate professional and he will work extremely hard to ensure his rehabilitation from this injury is swift."