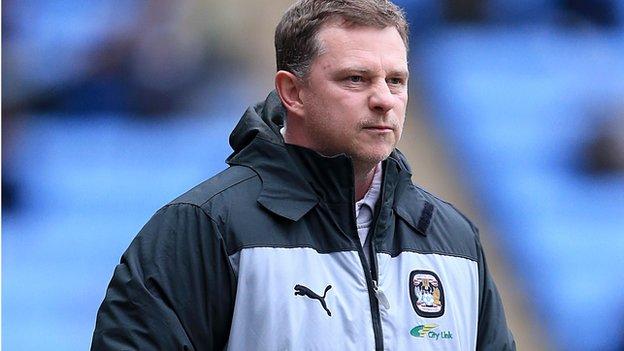 Huddersfield Town manager Mark Robins said his side's 6-1 thrashing by Nottingham Forest left him "the most embarrassed" he has been in his career.

The Terriers fell to a second heavy defeat in three days, having lost 4-1 to Wigan in the FA Cup on Sunday.

"I'd expect the players to be devastated because I am. This is the most embarrassed I have been as a manager," he told BBC Radio Leeds.

"The last 180 minutes has been poor and it has been a baptism of fire, that's for sure.

"As a new manager you want to get off to a good start and it hasn't happened yet. We have to pick ourselves up quickly."

Huddersfield have won just one of their last 16 league matches and have dropped to 21st in the Championship.

They host fellow strugglers Ipswich Town on Saturday and Robins is keen to add to his squad.

"We have to work and see if the right players become available," added Robins.

"Everyone has seen we need real men and players who are willing to stand up and be counted.

"We're in the midst of a real scrap and the strongest survive."