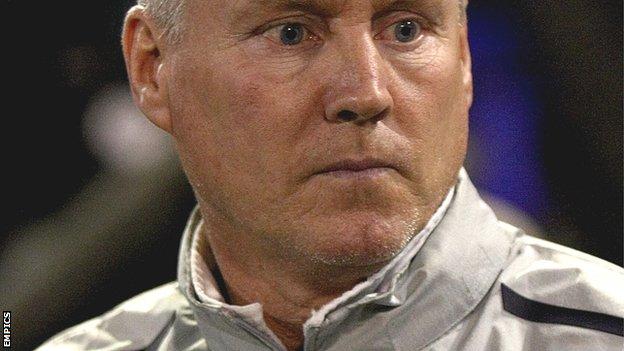 Oldham chairman Simon Corney has hinted that caretaker manager Tony Philliskirk could remain in charge of the first team for an extended period.

Tuesday's win at Stevenage lifted the Latics out of the League One drop zone.

"If it's not broken, don't fix it," said Corney, who admitted that he is "not very far" into the search for a successor to Paul Dickov.

"We all know what a good job Tony's doing. He's a reluctant interim manager but he's done fantastically well."

Oldham have beaten and in the two games since while Philliskirk also led the League One club to in the FA Cup fifth round on Saturday.

But the 48-year-old has previously said as he would like to continue in his role as head of the youth setup at Boundary Park.

Speaking to BBC Radio Manchester, Corney continued: "Tony knows the players and he's been very much involved in the past.

"If a new guy comes in, is it a little risky? That's not to say Tony's going to stay for the rest of the season because he might not want to.

"Every day, he says to me 'have you found anyone yet?' and I always tell him that we'll talk about it tomorrow. I've been saying that for 12 days now so he might pull me up on that soon."

Oldham trailed 1-0 at the Lamex Stadium on Tuesday, but goals from captain Dean Furman and defender James Wesolowski earned the Latics a second successive league win.