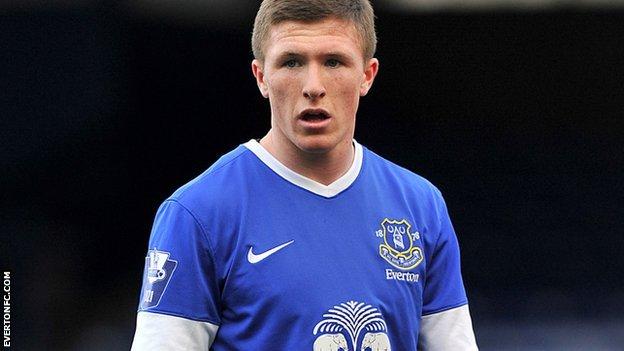 The 19-year-old, who is yet to make his senior debut for the Toffees, is the captain of the England Under-19 side.

Lundstram could make his debut for Rovers in Saturday's League One match against Yeovil.

"I am very excited, I'm very privileged to be given the opportunity to try and impress the gaffer," he told the club website.

"It's a privilege to be given an opportunity to play for a team that is at the top - I just want to do my best and help the team to get as many points as possible."

Lundstram signed a full-time scholarship with Everton in July 2010 and is contracted to the Premier League club until 2015.