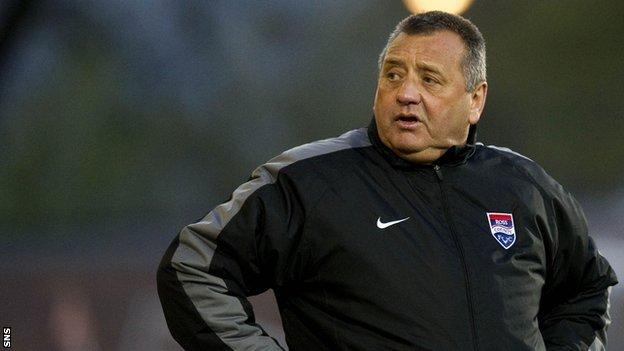 Free agent Jimmy Calderwood has told BBC Scotland he would be happy to speak to Dundee about their managerial vacancy "if the offer came".

with the side 15 points adrift at the bottom of the Scottish Premier League.

And he believes Dundee "are a club with great potential".

Calderwood, 57, had a short spell in charge of Dutch side Go Ahead Eagles last year and is eager to get back into management.

He admits to being surprised at the departure of Smith, describing him as "a nice lad", and believes it was always going to be difficult for Dundee following their unexpected rise to the SPL.

The Dark Blues, who took up the top flight place vacated by Rangers, have received several applications to replace Smith, according to chief executive Scot Gardiner.