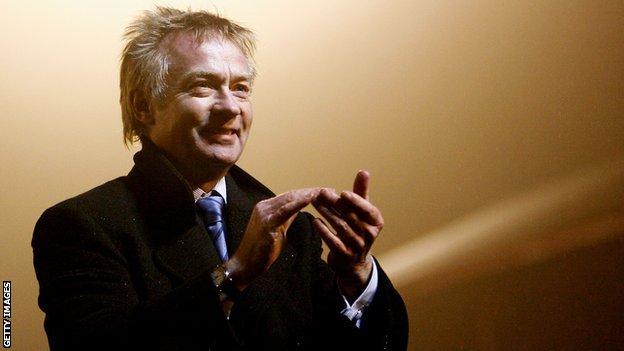 Southend United's run to the Johnstone's Paint Trophy will mean the club "breaks even this year".

The Shrimpers, who are facing a winding-up petition, in a tie worth up to £350,000 to the Essex club.

"The cup run will wipe out the budget deficit for the year," chairman Ron Martin told BBC Essex.

Southend have never played in a Wembley final - although they played a league fixture there against Clapton Orient in 1930. They reached the JPT final in 2004 and 2005, but both games were played at the Millennium Stadium, as was their 2005 League Two play-off final.

"We forecast a cash requirement of £770,000 but we'll get that all back. We'll probably break even this year."

Southend were this week in four years, but Martin has said Her Majesty's Revenue & Customs' bid to claim unpaid tax will be settled and will be dismissed before reaching the High Court.

He also insisted the club does not face financial difficulties and will be able to move forward when is completed.

The financial downturn five years ago has delayed the move to Fossetts Farm, which would see supermarket chain Sainsbury's build a store on the current Roots Hall site.

But Martin is hopeful construction can begin in July.

"We need the last renewal on the planning consent which looks like it will go to committee in the second week of April," he said.

"If that goes through successfully, we will already be in the contract with the contractors by then, it will go through a three-month judicial review. If that winds out then, come July, we can start construction.

"When we get there the income will be significantly greater.

"When we do arrive at the promised land, Southend can fulfil its potential. But until then it requires investment and I'm not going to dip out of that investment at a critical time or indeed ever."