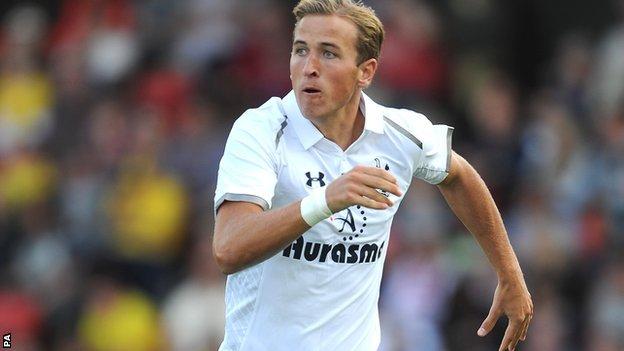 Leicester City have signed striker Harry Kane from Tottenham on a loan deal until the end of the season.

The 19-year-old, who on Thursday also signed a new contract with his parent club until 2017, had joined Norwich City on a season-long deal in August.

But he only started one Premier League match and returned to Spurs in January.

He can play as wide striker or as a central striker. He is a decent size as well

England Under-19 international forward Kane scored nine goals during a loan spell at Millwall in 2012.

His impressive displays for the Lions in the Championship last season caught the eye of Pearson, who believes the teenage striker can have a big impact despite struggling at Carrow Road.

"He's a player we know quite a lot about and I am delighted," Pearson said.

"He can play as wide striker or as a central striker. He is a decent size as well and gives us another option in forward positions.

"If you are going to bring players in on loan they have to have a hunger for success and I am confident we have another player coming into our ranks who will bring a lot of positive qualities to the squad."